As you already know the Ghana Football Association, GFA has sought the help of Ghanaian footballers around the globe to take part in the upcoming AFCON Qualifiers and World Cup matches.

Many of the players have decided to play for the nation and due to that Ghana has built a solid lineup that could surprise the world.

This article shows the players and how they will represent on the pitch.

The names in the bracket represent players who could play in place of the other.

The goalkeeper would be Jojo Wallocot (Richard Ofori).

The defenders could be Mohammed Salisu (Admul Munim), Alexander Djiku(Joseph 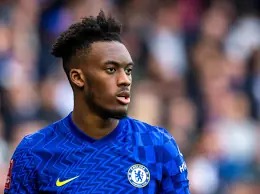 Check out latest ✔️GHANA NEWS✔️on Richhypez✌. Keep pace with the Breaking News headlines from Ghana & around the world. Follow our live updates 24/7.

Crocodiles And Alligators Cant Defeat This Animal No Matter Their Strength.

S.tupid Leopard Who Didn’t Notice Was Brutally Destroy By Warthog.

Crocodiles And Alligators Cant Defeat This Animal No Matter Their Strength.

S.tupid Leopard Who Didn’t Notice Was Brutally Destroy By Warthog.

“You’re The Only Beautiful Dancer On The Internet”- Netizens React To A Beautiful Lady’s Appearance
July 23, 2022